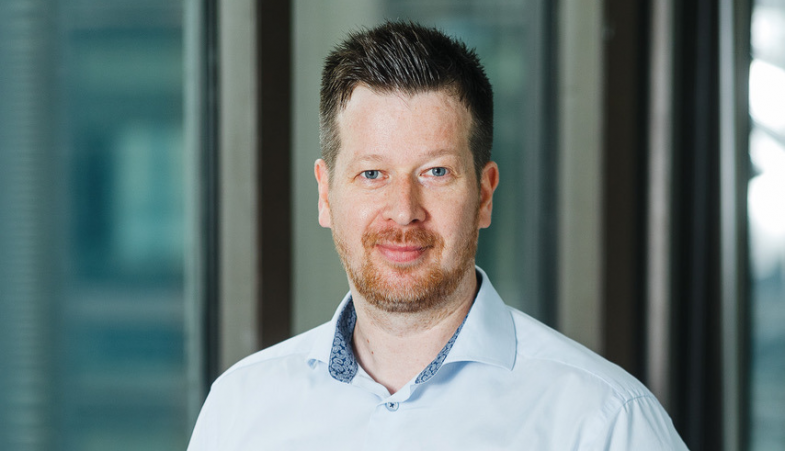 Leadfeeder CEO Pekka Koskinen studied programming and business at Tampere University of Technology. As a student he wanted to be able to test his programming skill in practice, so he made a website for his parent’s business.

“I made the website but started thinking – how do I know who visits the pages? If I can make a software to find out – that could be useful for others too”, says Pekka about his first steps developing a product.

That resulted in his first company in 2004, the tracking and profiling framework called Snoobi.

It started off as a beta version but Pekka, and his fellow programmers and partners Herkko Kiljunen and Vicent Llongo, rolled it out for free on their website encouraging users to give feedback. “Developing Snoobi taught us a lot about analyzing one’s own work, listening to what users said and making the necessary changes”.

Snoobi grew and in 2009 it was the 15th fastest growing company in Europe.

After selling Snoobi in 2012, and two other companies he had built parallelly, Pekka and his earlier partners Herkko and Vicent, had the means to focus on their idea on new software – a web visitor identification system, that would especially serve B2B sales staff. Leadfeeder was born.

Earlier similar products were mainly focused on collecting data for marketing and SEO analysis, so they had to work hard on getting investors to believe in their idea.

Gradually customer feedback told them they were on the right track. This tool helped sales know which companies visited their website, and their go-to-market actions could be directed to the most promising leads.

In 2016 Vendep Capital invested in Leadfeeder and supported its growth.

Vendep Capital’s General Partner Jupe Arala remembers how they looked at the potential;

”We saw that the Leadfeeder team had worked well together before, and they were really metrics-driven from the start. They had the right approach to solve a salesperson’s eternal problem of acquiring more warm leads. They combined their market-going model with Google’s analytics script which many already had on their site at that time.
The market was shown to be sufficiently large, and we could verify customer traction.”

The following big development idea was to make this tool able to integrate with other business software. The idea of a 2-way integration with CRMs was unique.

The huge potential for this sales intelligence and go-to-market platform was noticed by Great Hill Partners who invested in the merger of Leadfeeder and Echobot in June of 2022.

Leadfeeders CEO Pekka Koskinen thinks back at the time when he was turning his programming talent into products and business ventures.

“What three pieces of advice would I give to my younger self?”

Go-To-Market | We often get asked

When to look outside my home market?

Leadfeeder CEO Pekka Koskinen studied programming and business at Tampere University of Technology. As a student he wanted to be...

How to prepare for an effective board meeting?

Leadfeeder CEO Pekka Koskinen studied programming and business at Tampere University of Technology. As a student he wanted to be...